The fiery Lal Baadshah of Rajasthan 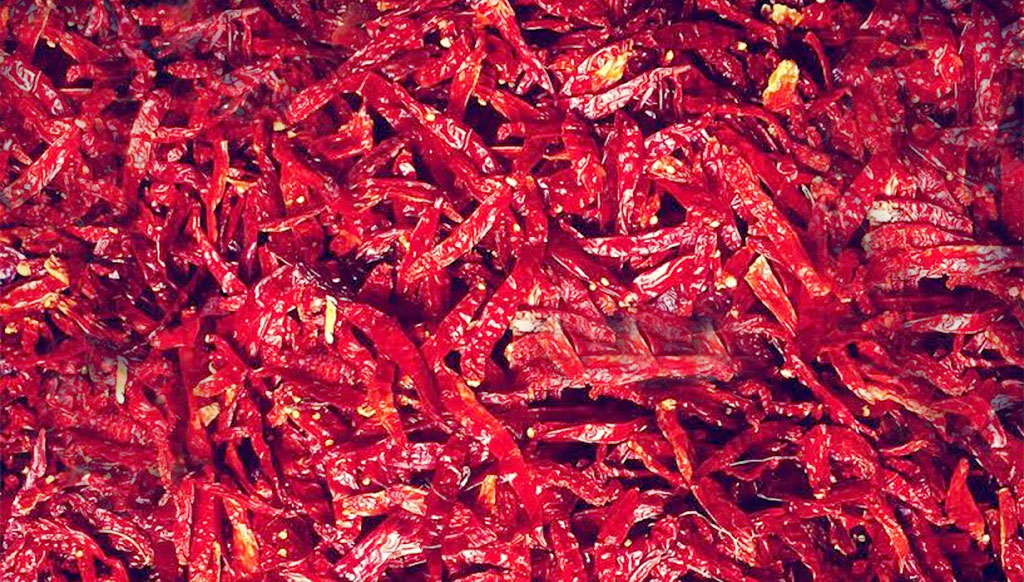 KING OF SPICES | Glorious red mathania mirchi is the pride of Mathania in Jodhpur, the only region where this sought-after chilly grows. Picture courtesy: Jatin Tulsiani
Love

Mathania is a town in the Jodhpur district of Rajasthan, India. The fiery heart of the Thar Desert finds itself in the bright and fiery symbolic produce of this region – the Mathania mirchi. Belonging to a land where many a bloody battle was fought for honour, the Rajastahni  cuisine reflects the stoic and spirited temperament of the Rajput warrior, in its simplicity and liberal use of chillies, especially the Mathaniamirchi – the highly flavoured red chilly found only in the western region of Mathania.

With conducive weather conditions in Mathania, the region finds itself the chosen ground for these chillies which flourish during the tropical months between March and July. In its uniqueness, this chilly grows only in Mathaniain Rajasthan and has, therefore, come to be known as “Mathania lal mirch”. Rajasthani cuisine not only appreciates this particular spice but has traditional dishes cenred around its flavour and colour – laalmaas and kairsangri being two of them. Simmered with dry Mathania mirchi, laalmaas has the sharpness of the chillies contrasting with the tender and sweet desert goat meat. The pungent, flavourful preparation is a beauty on the plate with its red hues making it a feast for the eyes too.

In its past, Mathania was also known for the industrial production of malmal, but the textile trade soon withered away. Today, Mathania has resident families working on harvesting, drying, grinding  the chillies, while the ladies of the house also make the very Rajasthani, very intense mirchiki chutney with chillies soaked overnight and then ground with garlic and a few other spices.

In Marwari and Rajput cooking, the Mathania mirch is used mostly as a dry spice which lends colour and body to the dishes. There is also the culture of soaking the chillies, when fresh, in mustard oil and consuming it later as a pickle. But this ‘boutique spice’ is also expensive, owing to limited production and burgeoning exports to Arab nations, and to the restaurants. While there is little to spare, local kirana shops are careful of quantities of the ‘Lal Badshah’ being sold.

With changing soil and weather conditions, this red beauty is facing challenges in the near future, According to a report by Central Arid Zone research Institute, Mathania chilly is said to be on the verge of extinction and the best way to keep it alive is to use it abundantly in your kitchen. Buying it locally will be another encouragement for the trade, so look out for it on your next trip to Jodhpur. In fact, make the famous M.V. Spices Shop a must visit on our itinerary. A local landmark, this shop is named after Mohanlal Verhomal – credited with starting the spice craze which characterises this city as well – and is now run by his daughter daughter Usha Verhomal, oldest of seven sisters. The store stocks more than 100 spices including its signature Maharaja curry, a 15-spice blend from her mother’s secret recipe.