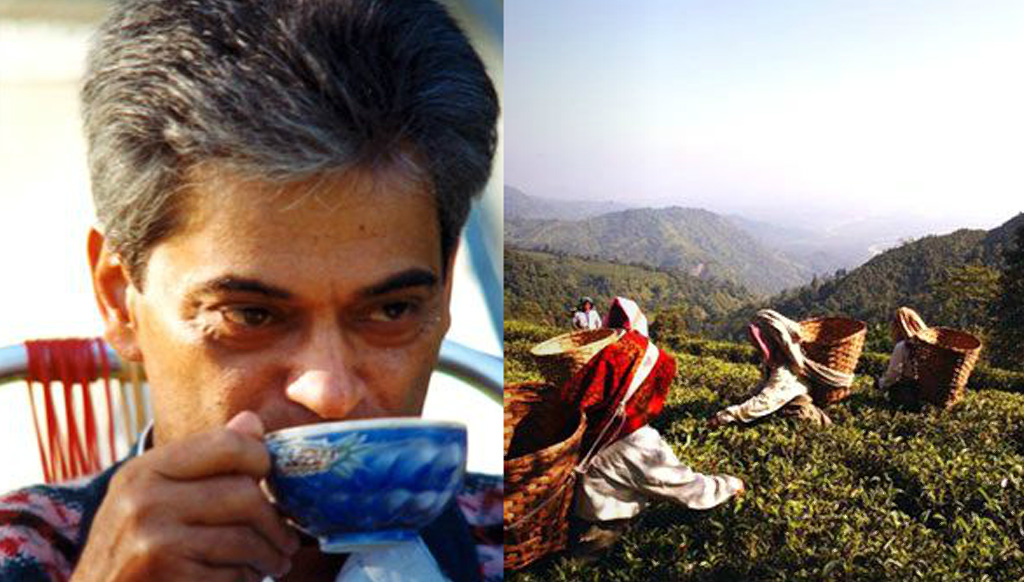 Makaibari signature tea—Silver Tips Imperial is the benchmark for others in the industry to emulate, and it is the symbol for the pursuit of excellence

Luxury teas and tea blends have become a popular dining accompaniment even as premiere café’s and tea-rooms are becoming the favourite haunts of the well-heeled, much-travelled tea-snobs and wellness-enthusiasts alike. In India, no mention of fabled tea brands is complete without the mention of the iconic Makaibari tea estate, located in Kurseong, the land of the white orchids in Darjeeling. Pioneering in many aspects, Makaibari is known to house the world’s first tea factory, and its legacy dates back to 1859.

Verdant green landscape flirting close with the cloud-laden horizons make Makaibari a scenic extravaganza, not atypical of lush tea plantations which transport you back into time and nature. What adds to its singular charm is the rich bio-trope with tea bushes co-existing with the diverse flora and fauna, encouraged by the much-talked-about sustainable biodynamic farming practices championed by the inimitable ‘Rajah of Makaibari’, Swaraj Kumar Banerjee. This tea plantation is a must-have stopover for the global traveller, the environmentalist, the ornithologist and the urban eco tourist, for whom there are quaint home-stays, run by the Makaibari locals, providing an authentic experience of tea-estate living.

Interestingly, Makaibari Tea was also the official tea partner at Beijing Olympics in 2008 and was served again at the 2014 FIFA World Cup.

So much for beauty, now for the flavour itself that the name stands for! With its single estate tea reflecting the pure essence of this iconic plantation, Makaibari has been recognized as one of the finest tea gardens in the world commanding highest prices at tea auctions for some of its brands, like the Silver Tips. Fourth generation planter, Mr Rajah Banerjee, says, “The passion is to make the specific personality of Makaibari reflect in a cup anywhere you drink it in the world. Darjeeling tea is not an industry. It’s a handicraft, a very specialized art”. Interestingly, Makaibari Tea was also the official tea partner at Beijing Olympics in 2008 and was served again at the 2014 FIFA World Cup.

Makaibari has some its own exotic varieties of tea like the Makaibari Tea Treasures collection, comprising the First Flush Vintage, second flush muscatel, the Silver Green, the white tea or Bai Mu Dan.

To bring the tea enthusiasts a real peek into the world of Makaibari and its chai, we have here a short te`te-a te`te that The Luxe Café held with the resident ‘King’ of this tea estate, Rajah Banerjee.

The Luxe Café: Could you please tell us about the Makaibari signature tea—Silver Tips Imperial, which is apparently the most expensive tea ever sold?
My great grandfather Girish Chandra Banerjee established Makaibari in 1859. Prior to Makaibari, only hand-made teas were available from China and Japan. What has carried us through harsh times is the magic that this special area has. The diversity of flora and fauna, is unmatched elsewhere. The tea is the surplus of this essence that has created Brand Darjeeling globally. Realising this, successive generations of Banerjee’s continued honing their passion for the perfect tea, till I got lucky. However, though the Silver Tips is a peak, we at Makaibari feel that there are more pinnacles to scale. Indeed, the Silver Tips Imperial is a benchmark for others in the industry to emulate, and it is the symbol for the pursuit of excellence.

As a fourth generation ‘tea planter’ steering ahead this iconic estate, could you please share your expert insights on some exclusive varieties of tea?
Makaibari tea is a single estate, bio-dynamically grown ‘magical Himalayan herb’ which has some its own exotic varieties like the Makaibari Tea Treasures collection, comprising the First Flush Vintage, second flush muscatel, the Silver Green, the white tea or Bai Mu Dan.

“I still contend that being a trainee tea taster in an old established tea broking house at Kolkata is the best learning ground for the nuances of tea tasting,” Banerjee says.

With tea becoming ‘trendy’ in the recent times, what is your take on the trend of tea sommeliers? Are there any national/international names you’d recommend?
What a delight that tea is gaining popularity amongst the young and trendy, as opposed to being a stuffy old maid’s drink in my generation! This has spawned many tea institutes which educate one on source of origin, and offer a gateway to tea being a great career option futuristically. I still contend that being a trainee tea taster in an old established tea broking house at Kolkata is the best learning ground for the nuances of tea tasting. This could be further honed by working at tea-houses in China, Japan, U.K, to acquire the holistic fullness of learning about the other varieties of tea. Keeping this in mind, Makaibari is contemplating a Tea Institute to bring in all these aspects under one roof, replete with tea masters from famous regions.

Tea drinking is an experience enhanced by the accessories—silverware, china etc. Would you have any personal brand favourites in terms of such tea-time accoutrements?
My preferences is always for the exquisite bone china tea sets, which are simple, elegant and transport a tea buff to the realms of their dream world with every sip of the Makaibari tea.

“The wondrous part of tasting any Makaibari treasure is the retention of the delicate aftertaste in the palate for at least a half hour after a sip.”

Makaibari is the ultimate brand for a connoisseur of Darjeeling tea. How can one distinguish this authentic tea, in terms of texture, taste, aroma, and colour?
The parameters of tea-tasting and wine are absolutely similar. A single sip of any of the Makaibari Tea Treasures, imparts a soft genteel aroma of peaches, grape or mango stein, following the seasonal subtleties. The wondrous part of tasting any Makaibari treasure is the retention of the delicate aftertaste in the palate for at least a half hour after a sip.

Time Magazine featured Makaibari Teas as one of Asia’s top ten produces, not only for its flavour but also for the working practices behind it. Given that you introduced many of these practices, what would you have to say about sustainability and luxury?
The world is marching on borrowed time, as the world is focussed solely for improving the ‘flavour’ in the balance sheet. Makaiabri offers one a window to pursue the holistic flavour of life by growing and participating and contributing positively to the environment. The last bit is the ultimate luxury.