The Romance of Rolls Royce 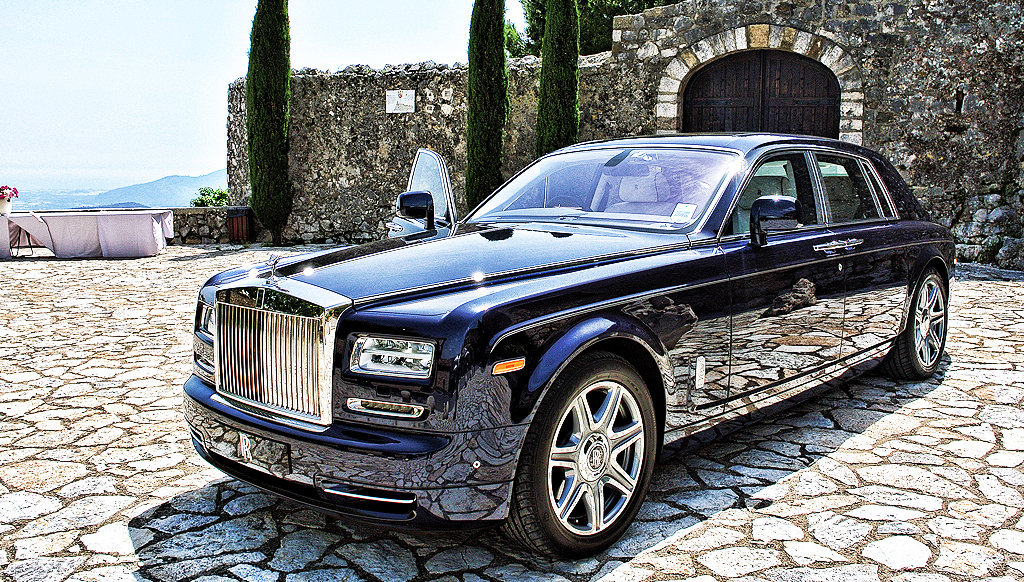 What happens when an ordinary guy is suddenly pushed into the rarefied world of Rolls Royce Motor Cars? A dream comes true but then, not all dreams bring you back unscathed

A Rolls-Royce motorcar has seen it all. Greasy streets, creepy traffic and over enthusiastic doormen at corny five-star hotels. Without breaking into beads of Swarovski sweat, for generations it has wafted gently through a vibrant claustrophobia fondly called India. In fact, some say that the idea of the first Rolls-Royce motorcar was forged in the tropical jungles of India when the marque’s co-founder Charles Stewart Rolls visited this country and accompanied Maharajas on their elaborate hunting trips.

Charles was so impressed with the customised motorcars of the royals that he went back to England and wasted no time in teaming up with Henry Royce to form Rolls Royce Motorcars. And so started a journey that has awed many and flattered a select few for over a century.

A Rolls Royce Phantom, which is the flagship model of the brand, costs around Rs 8 crore and above here. Along with its steep price tag, the craftsmanship, aura and heritage of this automobile make it one of the finest cars that money can buy, anywhere in the world.

However, for those who decide to acquire one, the Phantom comes with its own club membership. It is an association that is discreet, private, and at the same time exhilarating. Throw in an equally fine location, such as the beautiful south of France, and the plot is complete. Here is such a story.

The tiny airport at Nice was nothing to write home about apart from the sunny weather cooled by the winds blowing in from the Mediterranean. Burly palm trees waved from craggy cliffs as the who’s who of the world walked, drove and frolicked their way unnoticed through the famous town. A Rolls Royce Ghost whisked me away quietly through the narrow roads. Soon, my chauffeur, lovely in her golden off-shoulder tube dress, and I, reached the gates of one of the most private resorts in the world, Le Cap Estel.

She showed me to the lobby. I noticed Phantoms parked in the driveway. The sheer girth of the car was intimidating, as we would find out the next day.

The night went by quietly. Perched on a private peninsula that juts out sharply into the sea, Cap Estel was aloof in its silence. The folks there said Hollywooders looking for their pound of privacy would stay at Cap Estel. As the fresh lobsters crackled on the fire in the open kitchen by the lawn, I was regaled with tales of the Beatles composing tunes by the pool or Greta Garbo going for her morning walks along the old ramparts that fell steeply into the cold waters shimmering below.

Morning came quick and I found myself strapped into the seat of a white Phantom coupe. We steered the car out of the massive gates. Soon, we were cruising through the picturesque countryside with the sun beating down on the massive leather clad dashboard. I was very curious to know whether a Rolls Royce is as quiet as they say, whether one can hear the tick-tock of the analog clock embedded in the dashboard. But no, at full song the clock could not be heard. All I could hear was the fantastic selection of tracks belted out by the Harman Kardon speakers on board.

A tank designed for the richest man in Saudi Arabia with a super quiet engine—that is how the Rolls Royce Phantom feels on open roads. We drove a lot, though the rich French countryside dotted with fairy tale cottages, over mountains with speeding motorcyclists bearing down upon us at breakneck speed, through lively towns and finally in the evening, exhausted, we were back at Cap Estel.

A quick shower later, we were chauffeured down to the harbour where a couple of J Craft Torpedos lay anchored for us.

A J Craft is a stylish powerboat made in Sweden that costs around Rs 15 crore. For instance, the one I stepped into had a lovely handcrafted Nardi steering wheel, made famous by the legendary Ferrari 250 GTO. The sailor, his face weather beaten by the strong winds and the sun, uncorked a bubbly and we sipped from our unbreakable plastic stems. Life felt good.

I tried my hand at piloting the craft. At full throttle, as the hull smashed back into the waves, I gave up and bravely fought back a wave of nausea. As we powered by the Prince’s Palace of Monaco, the official residence of the prince of Monaco built in 1191 as a fortress, I caught sight of the luxury motor yacht ‘A’ built at a rumoured cost of $300 million for a Russian billionaire and designed by Martin Francis and Philippe Starck. It was just a coincidence that we were headed for A’TREGO, one of the most loved restaurants of the region designed by Starck himself.

Dinner was a heady affair with billionaires walking in with lingerie models on their arms. The famous Casino de Monte-Carlo started in the late 1800s by a shrewd Princess Caroline was a stone’s throw away. As the surf crashed on the rocks, I stood on the wooden deck of the A’TREGO and lit a cigarette. A gorgeous blonde pushed open the door and joined me on the deck. She was quiet. The sea drowned out the laughter and music wafting out of the yellow portholes.