Hold your breath for The Jane Seymour 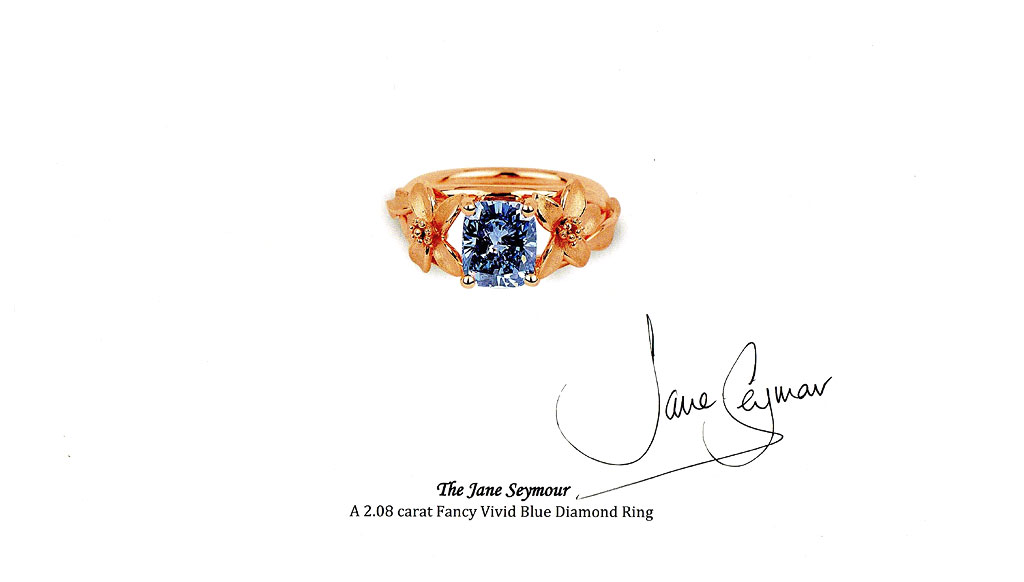 LORD OF THE RINGS | Dazzling with a 2.08 carat rare blue diamond, this ring comes endorsed and authenticated by Jane Seymour herself and may even complement her Open Hearts Jewelry collection
Love

Worth over $2 million according to past records at Christie’s and Sotheby’s, The Jane Seymour ring may even fetch over $5 million for its star-power. But that’s not all—to lay your hands on this baby, you need to fulfil certain criteria beyond money. That’s what exclusivity is all about

This is the year of blue diamonds, with one spectacular stone after another being auctioned off at Christie’s and Sotheby’s. From the Cullinan Dream that set new records to the Shirley Temple that shockingly failed to sell, the bedazzling Blue Moon of Josephine and the De Beers Millenium Jewel that became the most expensive piece of jewelry sold at auction in Asia, the world has been captivated by the power of blue.

But the Jane Seymour is an inimitable piece of jewelry, in a league all its own. The ring doesn’t just flaunt a rare blue diamond—it carries the spectacular super-sparkle of celebrity allure. Jane Seymour OBE, the A-lister British-American star, has been honoured with this extraordinary 2.08 carat Fancy Vivid Blue Diamond ring in platinum to celebrate her accomplishments in the film industry. Crafted by the World of Diamonds Group In Geneva, one of the world’s largest privately held diamond corporations, The Jane Seymour ring reflects the power of the celebrity who has clinched an Emmy Award, two Golden Globe Awards and a star on the Hollywood Walk of Fame.

During her trip to Singapore where she starred in The Vortex play, Jane Seymour was hosted for a welcome dinner by World Of Diamonds Group at CÉ LA VI. The ring was first unveiled to her then, which she wore with aplomb, snapping selfies with the extraordinary piece of art, perfectly accentuated by the blue dress she flaunted. Seymour wasted no time authenticating the masterpiece through the signing of several catalogues of The Jane Seymour. The A-lister had later stated in an interview with Singapore’s Channel NewsAsia that the ring was “matching and doing very well” with her Open Hearts bracelet, so this is reassuring for Seymour’s fans that the bejeweled treasure may also complement the Open Hearts jewelry collection that she is the designer for.

This enchanting ring comes plated in rose-gold as it provides the blue diamond a refreshing and unexpected outlook, with a combination of matt and gloss plating utilized for the creation. Many connoisseurs of luxury in Europe and the Americas are opting for rose-gold as it provides a combination of class and elegance, since most find white gold being “too contemporary” and yellow gold being “too classic”. The ring’s floral motif represents Seymour’s personality— her her grace, elegance and demeanor. Despite her accomplishments, the celebrity is extremely down to earth, and therefore Erodium malacoides  was the flower of choice for this unique ring. Erodium malacoides are naturally purple to magenta in color, hence the rose-gold plating was well represented.

The masterpiece has been showcased at various private events around the country post the Singapore dinner, and is now seeking a worthy owner. Blue diamonds of this saturation are among the rarest and most sought after gems in the world, known to fetch over $2million at Sotheby’s and Christie’s in the past, but this celebrity ring is priceless because it reflects the individuality of the star herself. Celebrity jewelry pieces are known to be unavailable in the market, unless they are pre-owned—such as the prized collections of Elizabeth Taylor, Ellen Barkin and Maria Felix. Illustrating the scarcity of such masterpieces, while the diamond in The Jane Seymour itself is worth over $2million according to market sources and recent records from Sotheby’s and Christie’s, this bedazzling piece may even sell for over $5million because of its star-studded recognition.

While the eventual buyer of the ring shouldn’t even blink an eye at the price tag (the celebrity association alone is worth many million dollars), those who covet this sparkler must also remember that even in the world of extreme luxury, money can’t buy everything. There are some things that demand a little extra, a touch of the intangible. As defined by the World of Diamonds, the connoisseur that desires this ring must also fulfill certain criteria established at the discretion of the Group’s Chairman. As the company informs us, there have been a few enquiries thus far—unsurprisingly from royal families as well. But we daresay that whoever clinches this crowning glory would be the indisputable monarch. 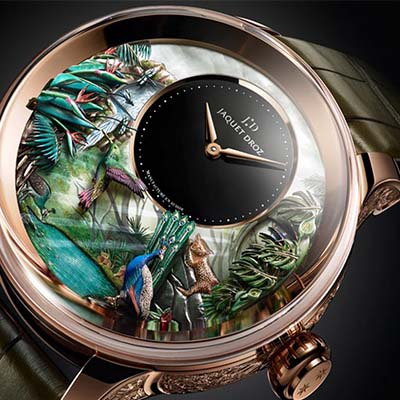 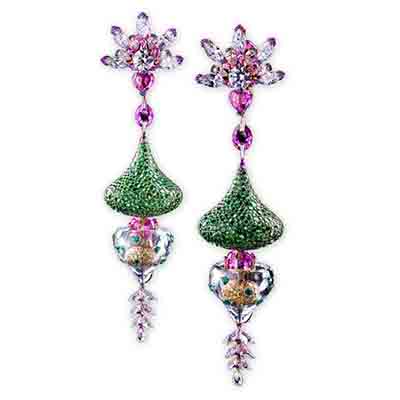 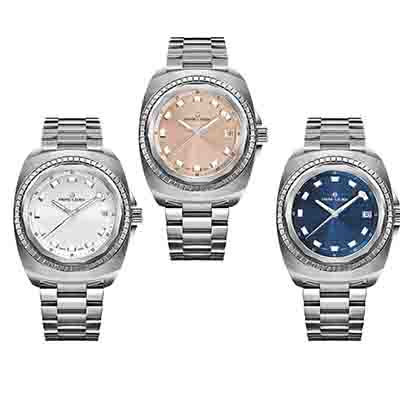