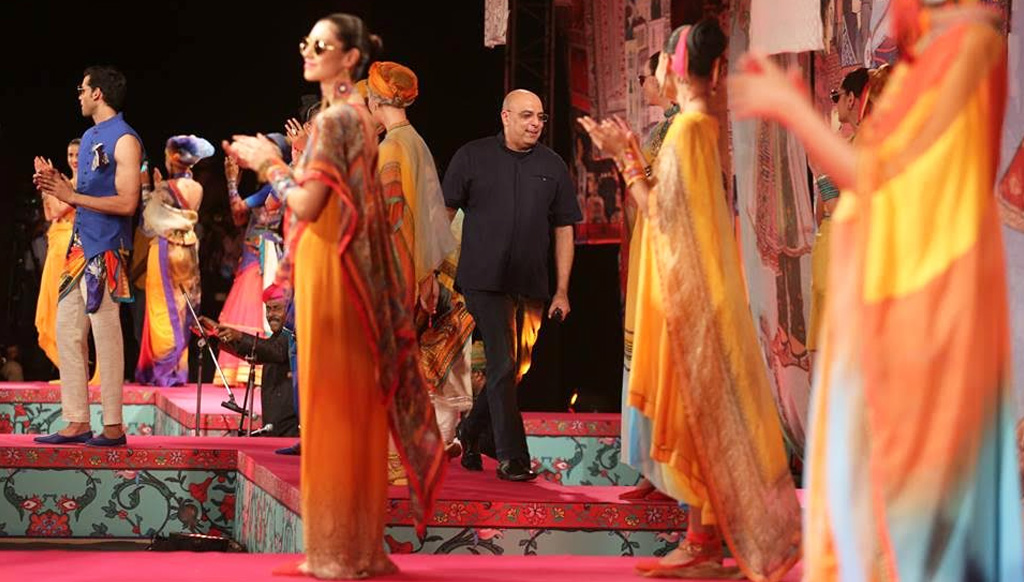 The Indian fashion scene is dictated primarily by Bollywood in the country. It is common knowledge that the luxury brands are going out of their way to woo the film stars to be their brand ambassadors, officially and otherwise given the proliferation of trend-mappers on social media

Whether it is Saif Ali Khan sitting pretty in the front row at The Burberry Show at London Fashion Week or Sonam Kapoor flying to Rome to attend a Bvlgari event–luxury brands have their eyes set on India.

Till about five years back, an overseas trip would be synonymous with the “shop till you drop” tag. Indian travelers would carry bags full of luxury items bought from destinations like London, New York, Paris or Dubai. Today, stepping into New York’s Saks Fifth Avenue or London’s Selfridges is no longer a larger-than-life experience [given upscale department stores like Neiman Marcus ship to India as well]. Add to that the fact that most luxury brands have their presence in India—from Dior, Gucci, Fendi to Pucci, Tumi, and Chanel.

Another interesting trend in the market is the rise of E-Tailing. With organized retail at 8% of overall retail trade–one of the lowest in the world–the Indian etailing segment could be safely pronounced a fast-growing one

In 2014, the consumer aspiration for luxury goods in India continued to soar even as the retail expansion showed a slow but steady rise with Bulgaria setting up store in Delhi and La Prairie arriving soon. India has a growing young population which is well-heeled and well-travelled and this bodes well for the international brands eyeing Indian shores. While Hermes, Louis Vuitton and Gucci are the top three brands in India in the luxury segment, there is growing consciousness of newer luxury brands as well.

Another interesting trend in the market is the rise of E-Tailing. With organized retail at 8% of overall retail trade–one of the lowest in the world–the Indian e-tailing segment could be safely pronounced a fast-growing one. In fact, industry analysts predict online retail bypassing organized retail in India in the long run. There are many indie operations afloat as well making this a busy domain with scope for personalized and proactive business set-ups creating differentiations, like 335TH, an online brand launched in 2014, which offers affordable everyday essentials that define fashion, quality, versatility and modern styling.

As the race for a piece of the Indian market share is heating up,  the next few years we will witness more global brands coming to India along with the rise of homegrown Indian brands to take on those from abroad. Here is where I say, may the best brand win.

The writer is founder 335th