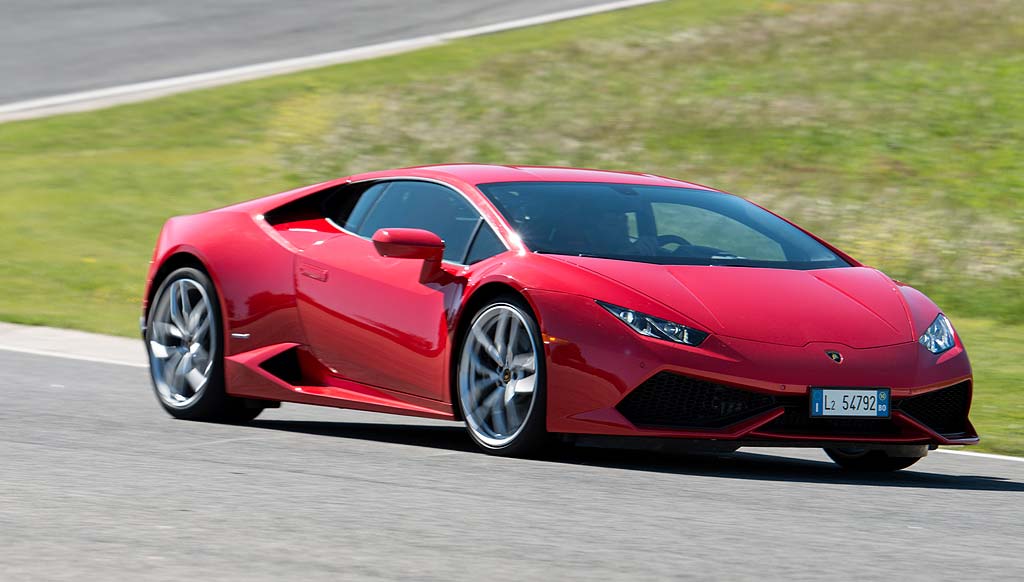 CONQUERING THE ROAD - Hailed as an all new supercar from Lamborghini, the Huracan looks like a million dollars and is still one of the most affordable models from this luxury car maker
Love

The new Lamborghini Huracan is a sports car promising more power and performance, a new look and an “innovative technology package” sure to give aspiring Indian buyers a taste of brand Lamborghini

The Italian Luxury sports car giant Lamborghini has once again embraced the country with the latest offering from its stable – The Lamborghini Huracan LP 580-2. Priced at approximately INR 3 crores, it is a two-wheeled drive version of the legendary Italian sports car marquee’s popular Huracan coupe. Launched within just three days of the global launch, it goes to prove that the Indian market continues to hold its own on the luxury map and that the luxury car maker has is going bullish with its promotions in the domestic market.

Speaking at the launch event, Pavan Shetty, Head, Lamborgini India, said, “Takers for the luxury sports car in India are only growing with upward mobilization and more awareness about the brand. It is no more just about style statement, it is about ownership of a superior make by those who understand the nitty-gritty of it.” The swanky two-seater, which zooms with a pick-up of 0-100 kms in 3.4 seconds, has a dual clutch and designed for the first time keeping in mind a two-wheel drive. The wheels at 19 inches is an inch smaller, and the entire car is lighter than before; all going to make the drive more exciting, engaging and pure.

With 60 percent weight at the rear, allotting most of the power to two wheels, makes the drive rather exhilarating and fun. “It is clearly different from the previous makes, as the front and rear have been redesigned accenting a young, fresh and more assertive look, while highlighting the aeronautical styling,” says Shetty. Going by the uber sleek look, hi-tech console, and serious potential buyers hovering around inspecting with all seriousness, this car means serious business.

While the primary buyers are from metro cities, Shetty says, “about 35 percent come from tier-II cities, amongst which some are women”. The buyers are so well informed that the company has to continuously put their staff through training and upgrade their knowledge, to serve the highly evolved customer. The servicing arrangement is also highly personalised, with the backup of a team to reach a client in need, just in case a concern ever arises.

Lamborghini entered the country in 2006, and at present retails the Aventador and the Huracan in two-wheel and four-wheel versions.

Founded in 1963, Automobili Lamborghini is headquartered in Sant’Agata Bolognese, inNorth-eastern Italy. The Lamborghini Huracán LP 610-4, which made its world debut at Geneva Motor Show in 2014 and the Spyder version presented at the 2015 Frankfurt Motor Show, are the successors to the iconic Gallardo and with their innovative technology and superior performance have redefined the luxury super sports cars driving experience. The Lamborghini Aventador LP 700-4 in coupé and Roadster versions, and the Aventador LP 750-4 Superveloce and Superveloce Roadster, stand as a point of reference in the world of V12 luxury super sports cars. With 135 dealerships throughout the world, Automobili Lamborghini in over half a century has created an uninterrupted series of dream cars, including the 350 GT, Miura, Espada, Countach, Diablo, Murciélago, and limited series including Reventón, Sesto Elemento and Aventador J. The Veneno Coupé, Egoista and Veneno Roadster were designed to celebrate the company’s 50th anniversary in 2013.