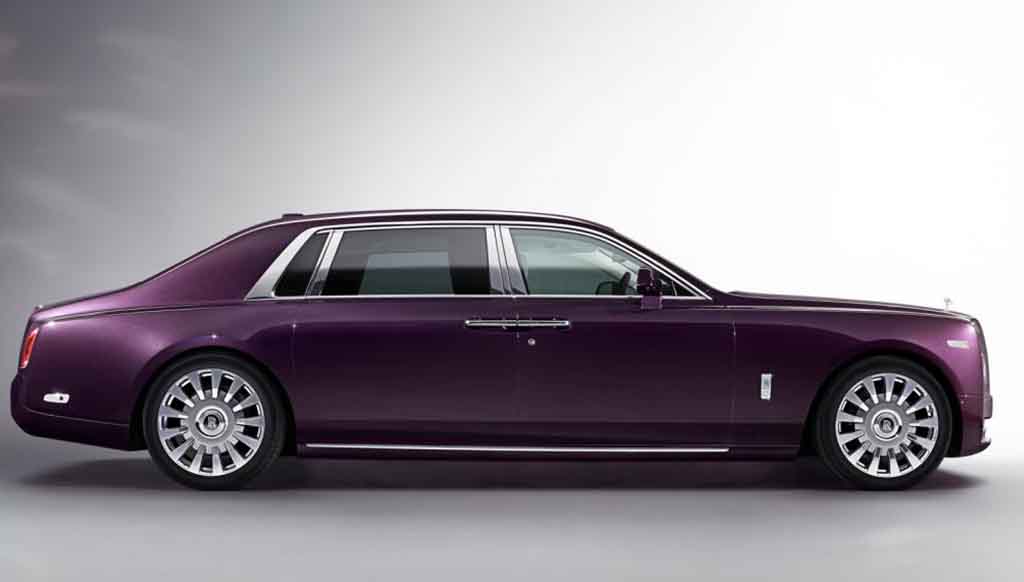 Generation Shift: The brand new Phantom flaunts an all-new aluminum architecture, which will now form the body of every future Rolls-Royce
Love

The Rolls Royce Phantom VIII marks a shift within Rolls Royce, having been in development for 6 years and finally coming out as the first update of the Phantom in 14 years

The recently unveiled next generation of the Rolls-Royce Phantom is the most silent and luxurious car you’d have set eyes upon. Importantly, it is the ultra luxe automaker’s first update of the Phantom in 14 years. The previous, seventh-generation Phantom was launched in 2003, which was the first model introduced after BMW took ownership of Rolls Royce. The Phantom VIII, which was in development for six years, marks an important shift in the ultra luxe automaker: the brand new Phantom flaunts an all-new aluminum architecture, which will now form the body of every future Rolls-Royce. It’s a notable change that will mean the same underlying architecture will be used on Rolls Royce vehicles of varying size and weight as well as with different propulsion, traction, and control systems. The purpose of the new aluminium architecture is to produce a lighter and 30% stiffer vehicle, which makes the ride more comfortable.

Powering the Phantom VIII is the new 6.75-liter V12 engine that belts out 563 horsepower and 664 lb-ft of torque. The power is put down to the tarmac through the rear wheels with the help of a ZF eight-speed transmission. Additionally, the engine is 10% quieter than its predecessor, and Rolls-Royce tells you that the Phantom VIII is the quietest car in the world, thanks to 286 pounds of sound deadening material lining the cabin.  If you take their word for it, this is also a literal “flying carpet” owing to the new self-leveling air suspension that uses a camera to “proactively” make ride adjustments up to 62 mph.

The Phantom VIII’s exterior displays several changes, such as the front grille, which is raised higher than previous generations and has been integrated into the bodywork to produce a cleaner look. Inside, the seats are new and wood paneling across the back of the front seats are a nod to the Eames Lounge Chair of 1956. Theater monitors adorn the backs of the front seats, and the center console in the back has been upgraded as well.

One of the most interesting features of the new Phantom is the car’s dashboard and instrument panel area, termed ‘The Gallery’ by Rolls Royce. All the elements, which include the instrument digital dials, are enclosed in a single piece of glass. Instruments show speed, power reserve, fuel and temperature levels and the displays also indicate changes in settings like cruise control, navigation instructions, and driver assistance systems. But interestingly, Rolls Royce is offering the option to turn the typically blank area that generally hides components into a piece of art. Customers get the option to choose an artist or designer to work with and let their creativity roam free, making anything from an oil painting to a gold-plated 3D-printed map of the owner’s DNA!

But that’s not all the Phantom VIII offers. This most silent and most luxurious vehicle comes fully loaded with the power of technology. So you get advanced driver assistance system that includes four cameras that provide better visibility such as helicopter view, active cruise control, collision warning, pedestrian warning, cross-traffic warning, lane departure and lane change warning. The vehicle also has a high-resolution head-up display, WiFi hotspot, and navigation and entertainment systems.