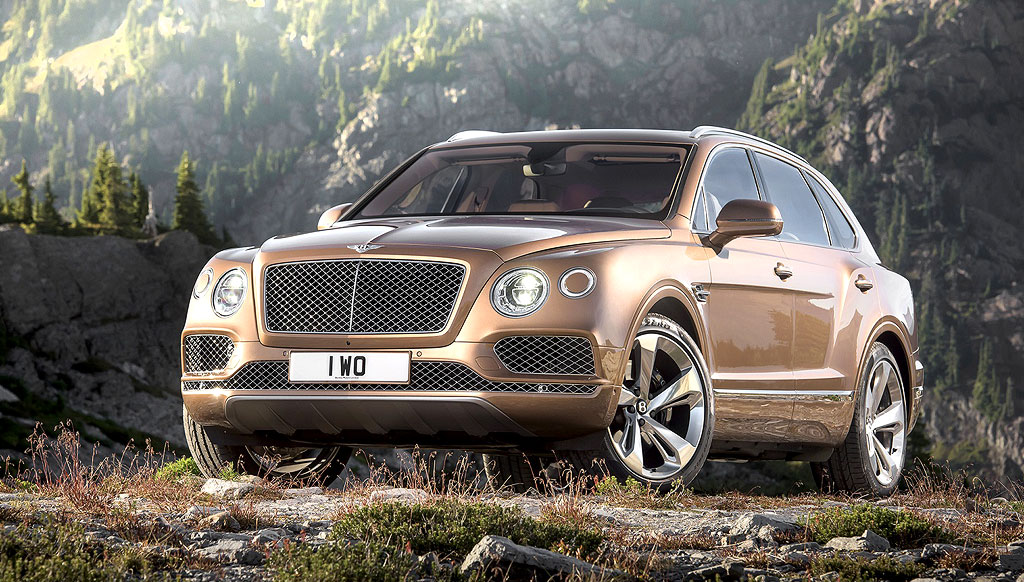 Bentley’s latest SUV is the fastest, poshest and most exclusive denizen of the road, potently combining the beauty with the beast. And guess what? It’s the Queen’s very own carriage, too

Feast your eyes on the world’s fastest, most luxurious—and obviously, most expensive—SUV, the Bentley Bentayga. Behind tall hedges at West Hollywood’s Sunset Marquis hideaway, a handful of VIPs were recently invited to privately view this magnificent denizen of the road to adventure. Unveiled by Bentley’s new American CEO Michael Winker—all smiles as he showed off their latest creation—it’s nothing like anything you’ve seen before.

And why wouldn’t it be, when it’s a car meant, quite literally, for royalty? The very first Bentayga First Edition will be the prized possession of The first lady of England, Queen Elizabeth II. She actually test drove the first Bentayga on her Scotland estate where she will use it in her hunting expeditions. So what exactly does this jet-age royal carriage comprise of? Let’s fill you in on the beauty within the beast.

From the 12-cylinder engine, unique Union Jack fascia badging, 22’ polished wheels and illuminated thread plates, to the regal interiors that come with metal, wood and leather detailing, the Bentayga sets a new standard (even for Bentley)—especially with the hand-stitched diamond quilted leather that takes 36 hours to complete.

And your royal steed nonpareil doesn’t just floor you with its looks: it’s a potent powerhouse that makes no compromises on performance. The 600-horsepower 608 First Edition Bentayga has a twin turbo-charged, 6.0-liter W12 engine with a 608 PS metric power output. That means supersonic acceleration from 0-60 mph in just four seconds and a top speed of 187 mph. If you’d rather let the car drive itself, new Driver Assistance systems automatically start, stop and inch forward in slow traffic. It can also detect suitable parking spaces and steer into them safely. The First Edition’s most advanced piece of technology is the active roll control, which makes it glide smoothly over road hazards and speed bumps, while roll bars eliminate any leaning while cornering. Bottom line: It looks like an SUV, but certainly doesn’t drive like any you’re used to.

No wonder then, that Bentley’s initial offering of 608 models, available globally for pre-order, sold out almost immediately. With a massive waiting list, their entire planned production run of 3,600 ended up selling out, spurring the marque to nearly double its 2016 production numbers.

The upgrade options seem endless and include massaging chairs, a backseat champagne compartment, mother-of-pearl inlay, a ski hatch, a picnic hamper, refrigerator and a cooled glove box, electric blinds and bespoke child seats. You can even get your wedding vows embroidered on the visor if you want. How’s that for luxe du coeur?

But the icing on the very expensive cake is the optional $160k dashboard clock made by Breitling. The bespoke chronometer is studded with eight diamonds and a dazzling mechanism that periodically spins the timepiece to keep it wound. Of course, there’s also a matching $175k Breitling for Bentley Mulliner Tourbillon watch. The first 608 Bentayga owners will be rewarded with their very own, getting to choose between three special-edition chronographs—one of which features a personal locator beacon.

Now is that a modern-day fairy-tale, or what?